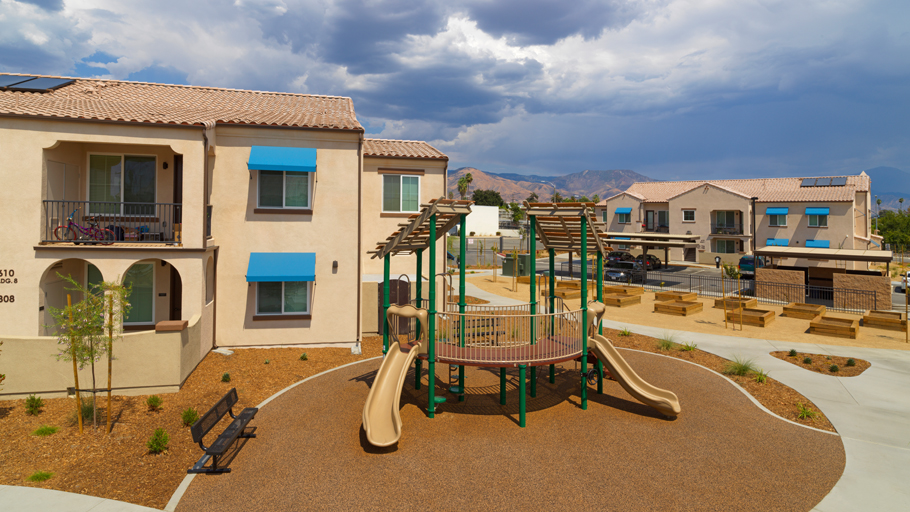 This article originally appeared on the Center for Community Investment’s blog on July 1, 2018.

When most people think of California, they picture cities and tourist destinations such as Los Angeles, San Francisco, and San Diego. The city of San Bernardino is rarely at the top of their list. But perhaps it should be.

In 2017, San Bernardino exited municipal bankruptcy. The appointment of a new mayor, city manager, and director of housing and economic development, as well as the creation of a new city charter has created a flurry of energy and unlocked new resources for efforts to improve the built environment, spur economic development, and create jobs.

It wasn’t always such an optimistic picture in San Bernardino. Fiscal mismanagement and a growing need for services threatened the future of the city. In 2013, facing a $45 million budget deficit, San Bernardino filed for bankruptcy. According to data from the U.S. Census Bureau’s American Community Survey, that same year more than one in five people were living in poverty in San Bernardino County and the unemployment rate hovered around 9 percent.

To achieve fiscal solvency, the City cut public services and deferred needed investments in infrastructure such as roads and sidewalks. Such decisions exacerbated existing inequities across the city, resulting in aging infrastructure and poor living conditions in some communities, especially in neighborhoods with high poverty and unemployment rates. These very conditions impede the flow of capital that could finance transformation and broaden opportunity for residents.

Although San Bernardino is officially out of bankruptcy, more work is needed to create the conditions that will attract capital to the neighborhoods that need it most. The Center for Community Investment (CCI) is interested in the question: what does it take to overcome disinvestment and create a robust community investment ecosystem that produces the resources people need for a healthy lifestyle when capital is not flowing and traditional actors, such as Community Development Financial Institutions (CDFIs), are absent?

Through our Accelerating Investments for Healthy Communities (AIHC) initiative, CCI is exploring the roles that hospitals and health systems can play in creating thriving community investment systems. Dignity Health has a long history of investing nationally in community development programs, committing more than $80 million of investments as of 2017. Nearly 45 percent of their investments are to housing developers and CDFIs to support the development of affordable housing for the formerly homeless, the disabled, low-income seniors, and low-income families.

As one of the largest employers in San Bernardino, Dignity Health aspires to play an active role in improving the conditions where their patients and employees live and work. Dignity seeks to help San Bernardino rebound from bankruptcy and ensure that all residents have access to the resources they need for a healthy life – jobs, safe housing, transportation, and healthy food.

Earlier this month, Dignity Health convened a diverse array of stakeholders, including municipal leaders, philanthropy, banks, CDFIs, developers, and community-based organizations to think about how to invest in San Bernardino to make it a place that offers affordable homes and safe, healthy neighborhoods where people can thrive.

The visit generated several insights that are worth sharing about what it might take to jumpstart a community investment system in places like San Bernardino, including:

Articulate a Compelling Narrative: It has been CCI’s experience that “resources follow coherence.” If investors can be shown how their investments will add up to solving an important problem, they get interested. In San Bernardino, the exit from bankruptcy, the need for affordable housing, and the progress the municipal government has made in creating a new vision for the city—along with Dignity’s commitment to creating a strong investment ecosystem—create an opening for investors and residents to work together to develop a significant number of affordable housing units in the city.

Galvanize Around an Opportunity: In places with a history of disinvestment, competing needs make it difficult to decide where to start. Dignity Health decided to frame the initial stakeholder conversations around the Waterman + Baseline Neighborhood, specifically the Arrowhead Grove development. Arrowhead Grove is a 38-acre, five-phase, mixed-income housing project developed by National Community Renaissance (National CORE), a nonprofit affordable housing organization. Phases I and II of the project, with 137 affordable housing units, are completed and occupied. Additional resources are needed to finance the future phases, which include additional units for seniors and families as well as opportunities for retail and office space. Completing the vision at Arrowhead Grove creates a clear and immediate opportunity for public, private, and philanthropic investors.

Create a Pipeline: A single project is not enough to transform a community. Now that National CORE has come to San Bernardino, they are eager to leverage their expertise to develop additional projects that create affordable housing, encourage residential and neighborhood-serving businesses, and connect residents to jobs and opportunity. Other developers are expressing interest as well. To make an impact and make it worth establishing new relationships and learning how to operate in a new place, deal-oriented organizations like developers, CDFIs and banks often consider whether a place offers multiple opportunities rather than just one. By establishing clear priorities, stakeholders in San Bernardino can help shape a batch of investments that will attract activity and begin to achieve a critical mass of impact.

Cultivate Partnerships Between Local and External Actors: One way to build missing local capacity is to create it from scratch. This can take time. When needs are urgent, it can be faster and more effective to bring in regional or national resources and expertise to complement local actors. For example, Dignity Health invited national CDFIs and banks to participate in the meeting—including Enterprise Community Partners, Local Initiatives Support Corporation, Non-Profit Finance Fund and Wells Fargo—to discuss and identify how they might bring their resources to bear in San Bernardino. Such partnerships can help build local capacity by exposing practitioners to best practices, creating ongoing relationships and identifying opportunities.

A well-functioning community investment system in which more deals are completed on faster timelines could go a long way towards creating a brighter future for the residents of San Bernardino. To realize the potential that we saw on the site visit, stakeholders now will need to work together to develop and execute multiple projects that build affordable housing and revitalize neighborhoods. At the same time, they will need to identify the gaps and barriers that impede the flow of capital and begin to collaborate on making the enabling environment more supportive.

CCI believes that there are many roles hospitals and health systems can play to improve their local community investment system. By inviting so many investors and intermediaries to think about opportunities in San Bernardino, Dignity Health played the role of a convener and used their standing to generate new conversations and relationships to improve the wellbeing of residents.

We look forward to sharing Dignity Health’s journey and the work happening in San Bernardino, as well as updates on the other eight systems participating in AIHC, via our newsletter. 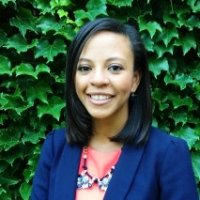 Alyia S.P. Gaskins is the Assistant Director of Programs/Health for the Center for Community Investment. Prior to joining the Center, she worked as Senior Associate at the National League of Cities (NLC)’ Institute for Youth, Education, and Families supporting mayors and city leaders in engaging residents, building multi-sector collaborations, and advancing policies to build healthier, more equitable communities. Alyia began her career as a Policy and Program Associate at D.C. Hunger Solutions, an initiative of the Food Research and Action Center. She is a graduate of the Leadership Fairfax Class of 2014 and a 2015 Next City Vanguard. She is also on the Board of Directors of Prevention Connections and the Mid-Atlantic Make-A-Wish Community Leadership Council. Alyia has a B.A. in Medicine, Health and Society from Vanderbilt University and a Masters of Public Health from the University of Pittsburgh. Additionally, she is pursuing a Masters of Urban and Regional Planning from Georgetown University (expected spring 2018), and is a 2017 ULI/Randall Lewis Health Mentorship Fellow.